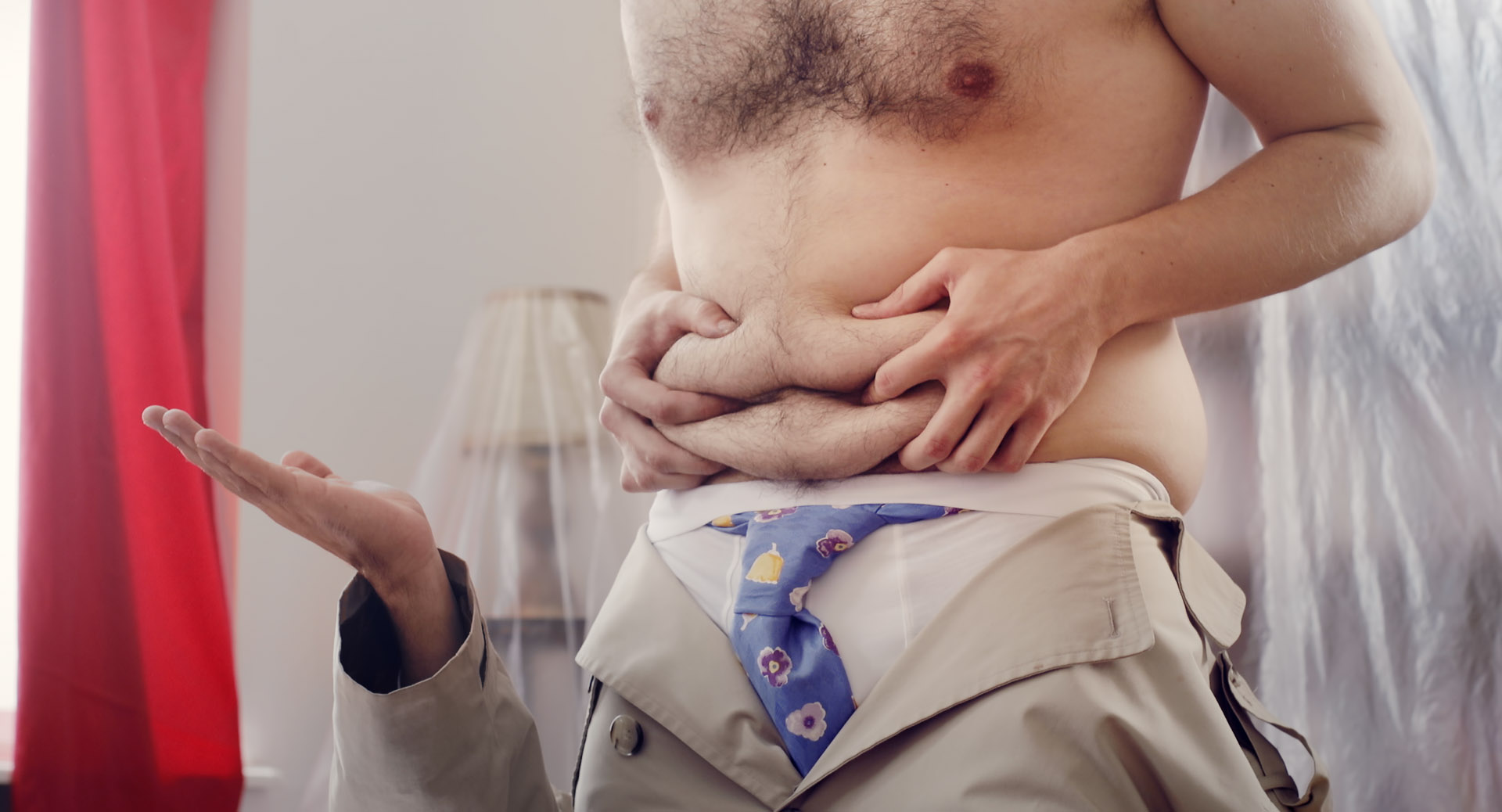 Anatomy of a Worldview

Mr. Bulge did not water the orchid from Mr. Belly. In order to escape responsibility, he spins a confusing web of lies and conspiracy theories, in which he eventually gets caught. 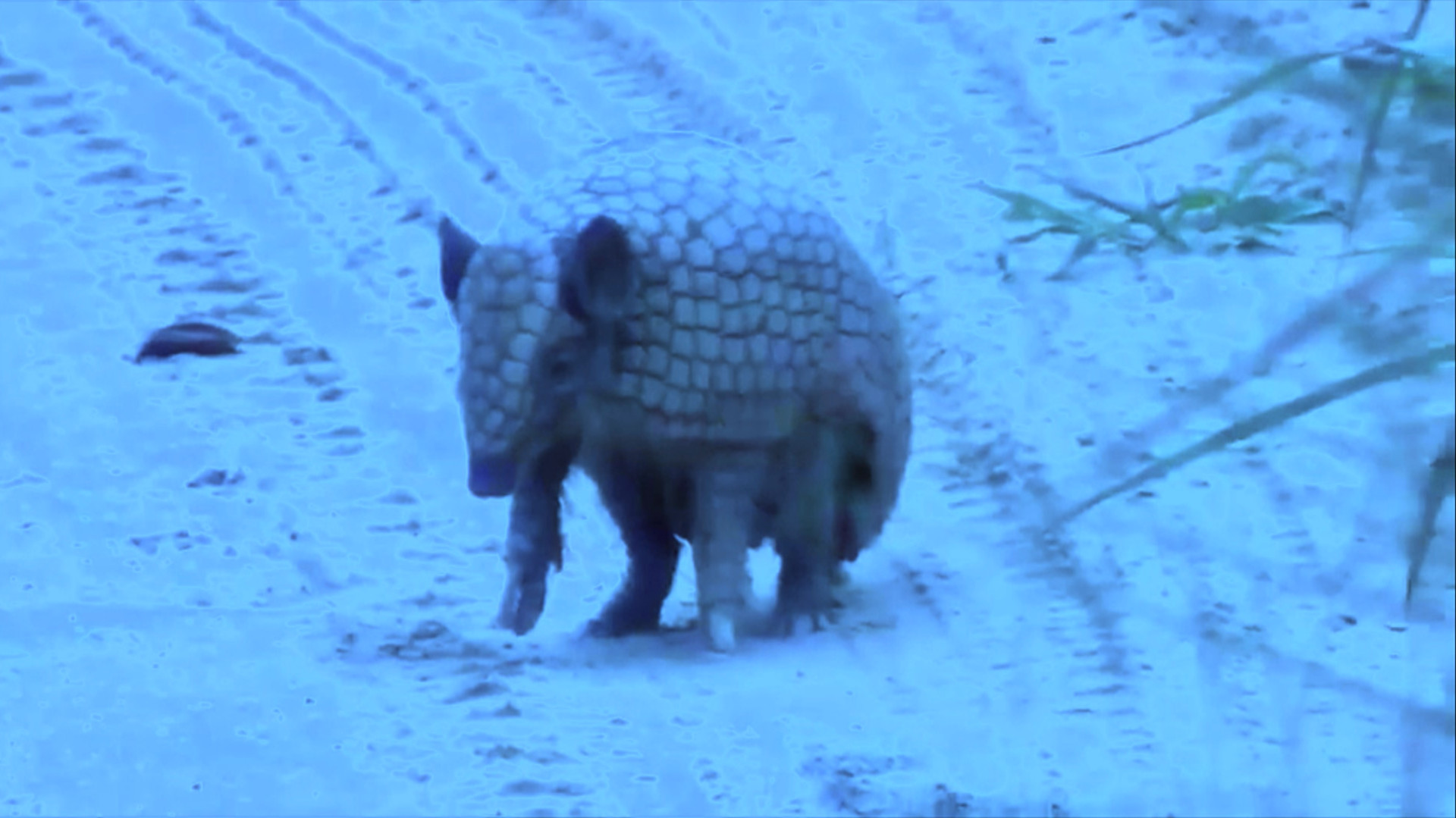 “Andenborstengürteltier,” the first track of the album of the same name by the Viennese under- ground combo Blueblut lasts just 41 seconds. To the minimalist composition with just as mini- mal vocals, in a rapid montage, Angela Christlieb conveys an alienated picture of the title animal, a type of armadillo. A musical as well as visual tongue twister as artistic articulation exercise (Diagonale) 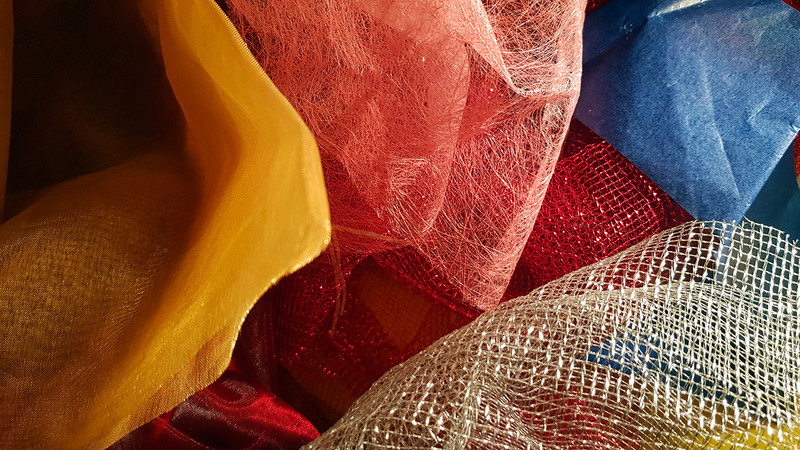 With colored surfaces and different structures brings the film “Art Its Freedom” visually the music with the same name to life. Colors compete, harmonize and fuse. The soundtrack by Alexander Kukelka was made available for application to the Vienna Film Academy. 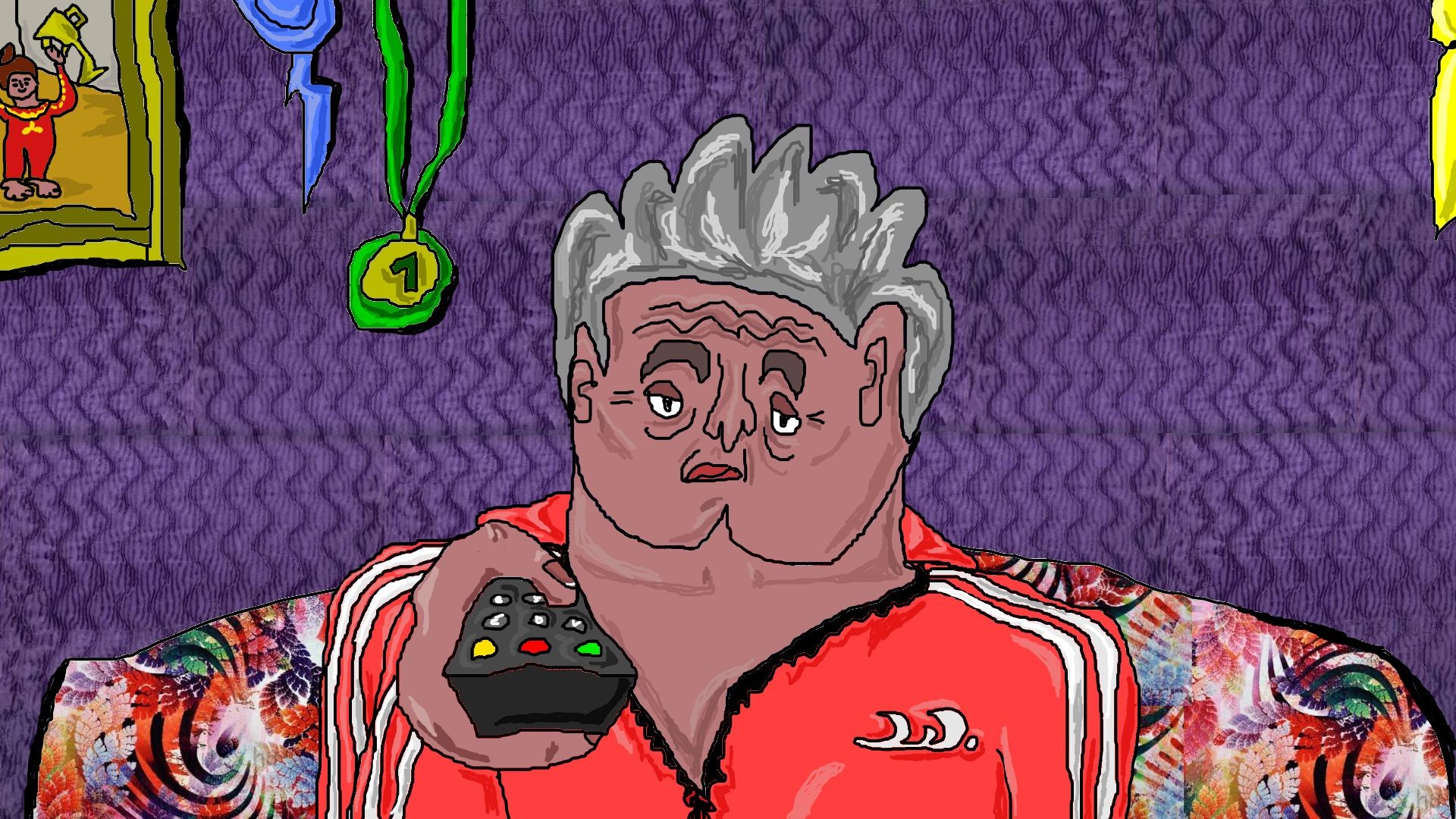 A bittersweet animated shortfilm about handling aging, loneliness and the limits of human and non-human bodies, with the comfort of the entertainment industry.

The musicvideo to Windtal’s song Emergence depicts the personality of his album Second Connection. With our visuals focusing on growth and nature, we try to compliment his music, which is a mix of atmospheric and organic textured sounds. 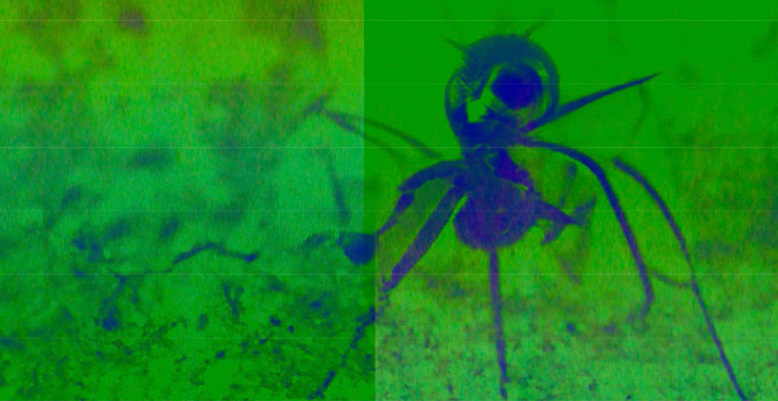 How can we escape?

How Can We Escape (2021) provides a speculative proposal for continuous ‘escape’, a plan for constantly morphing into new personas and post human forms. From a CGI fish, to underwater organisms, from AI designed creatures, to microbial animals, from the walk through for a new house, to dispersal as an artificial cloud. An entanglement of escape routes between different forms emerges, which constantly feed into and contaminate one another via porous borders between digital and physical forms, poor and HD images. In its script the video merges original writing from the artist with AI generated text that is spoken by its narrator producing unexpected connections, collaborations and language. Finally, it looks towards a merging of digital and biological materials via the 3D rendering of a fly which is sold as an NFT, and its source code converted in to a strand of DNA, which is then dispersed in water and activated as vegetal plant life.

As a result the work provides a satirical and critical account of the escape routes available to its human audience at this present moment, in relation to the COVID crisis, growing environmental destruction and ubiquitous technologies and data measurement that enable the digital capitalocene to continuously expand its extraction processes. It suggests that continuous movement and reformatting of body, voice, virtual and physical form is the only option that remains, a flexible morphing persona and a realignment of human life with all forms of non human, machinic and more than human life. 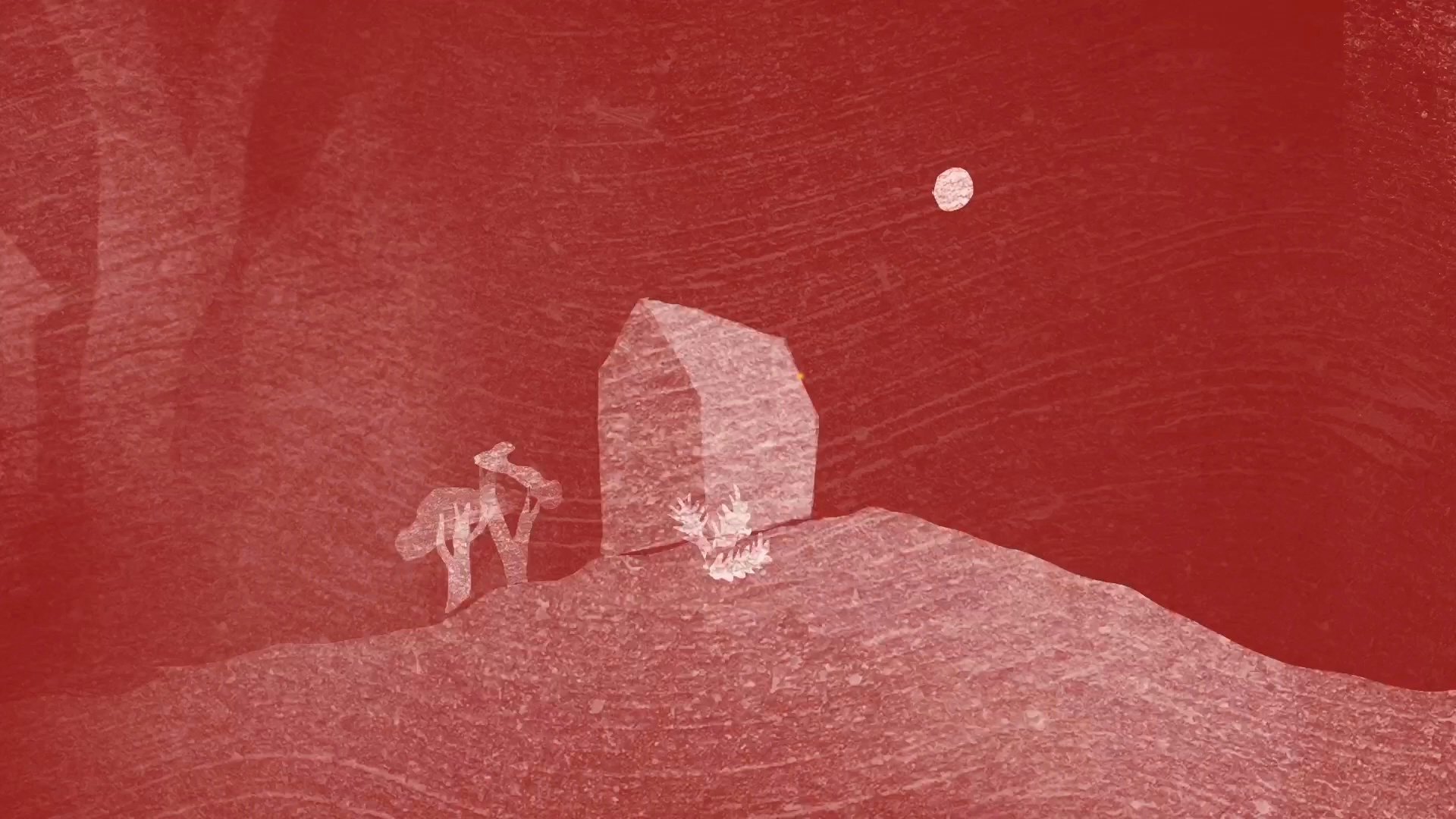 “Metanoia” is an animated short film focussing on the idea of shift of mind. The narrator of the story, an initially highly pessimistic character, is inspired by the attitude of someone else, someone close to her. She seeks help in the enchanted woods, asking Holla–a giant, mischievous magic squirrel– to change her view on the world. In the end, however, she realises that it’s all up to her alone. 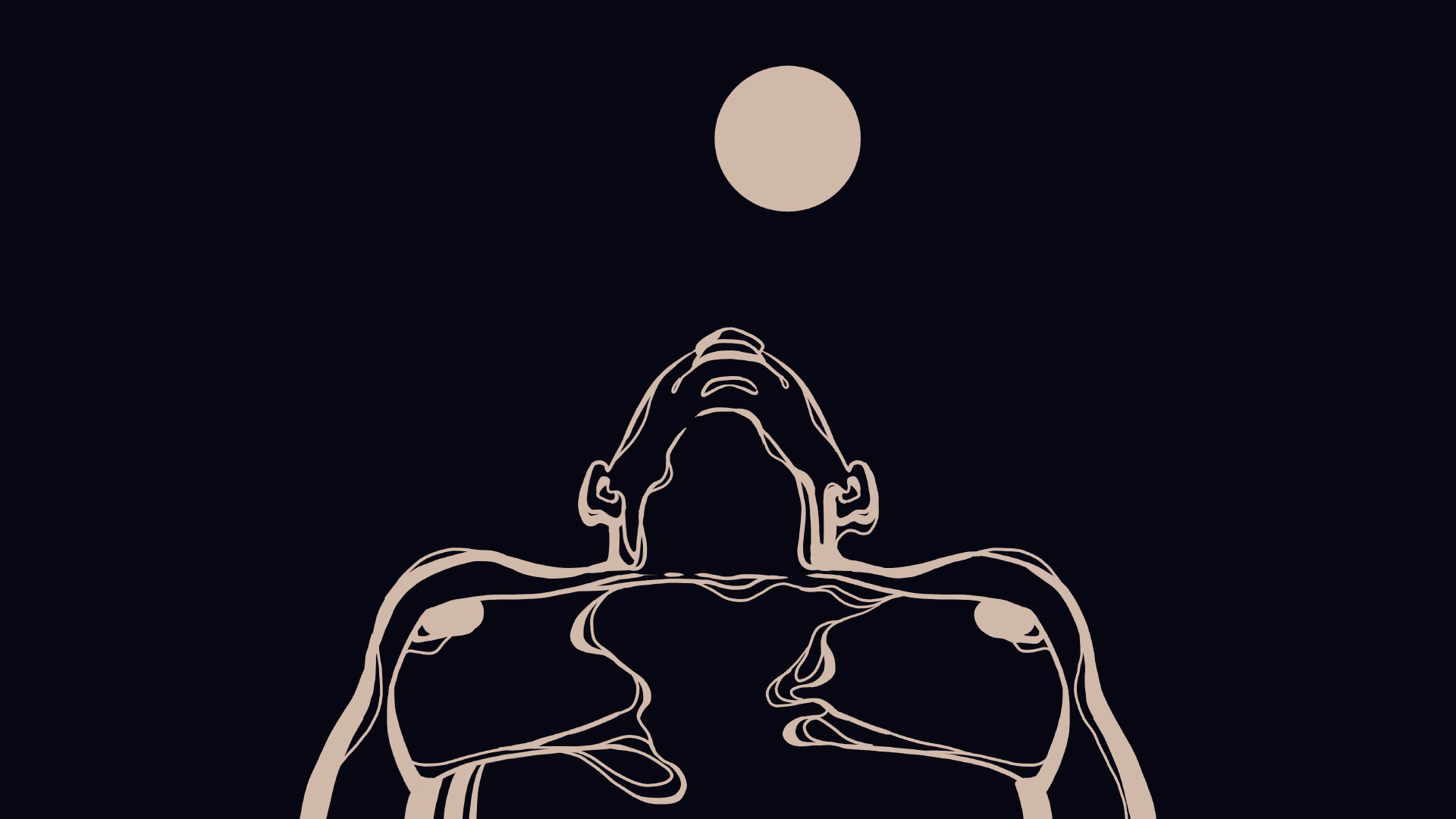 The music video Space is a collaboration between Lilli&Rosi (singer, ukulele-player) and Lilee Neururer (animation) and Tanja Gruber (animation).
The song is about experiences with sexual harassment and their impact and is visually supported by animated parts of the female body. This reflects the objectification of women in our society. 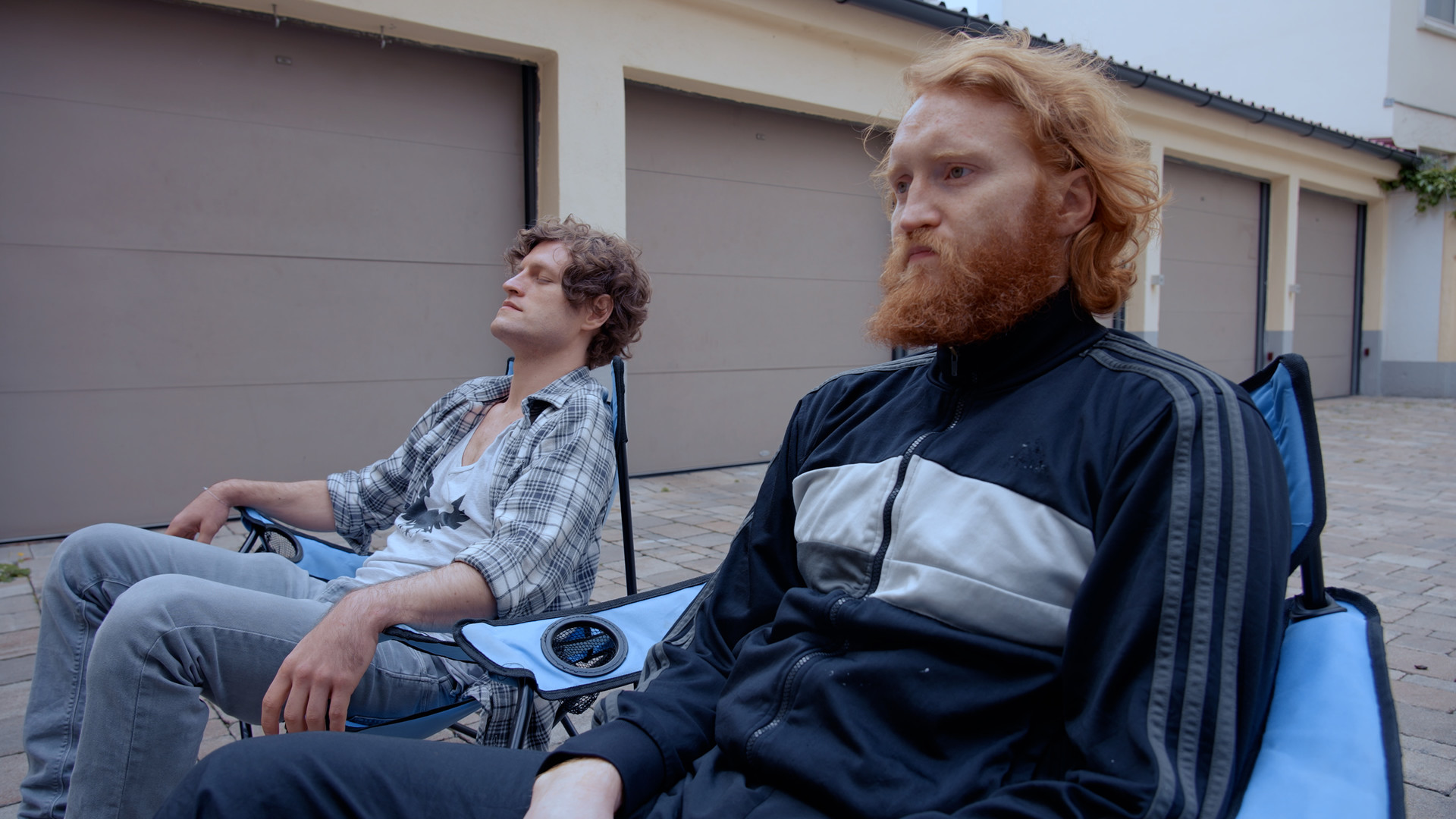 Everyone has their own way of dealing with addiction, our two protagonists take the more interactive route to keep each other from falling off the wagon. 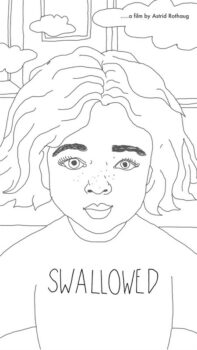 Swallowed is a frame-by-frame animated, drawn invitation to participate in a game of imagination. It is an attempt, to discover the blurred lines between dreaming and being awake and an approach to realities. 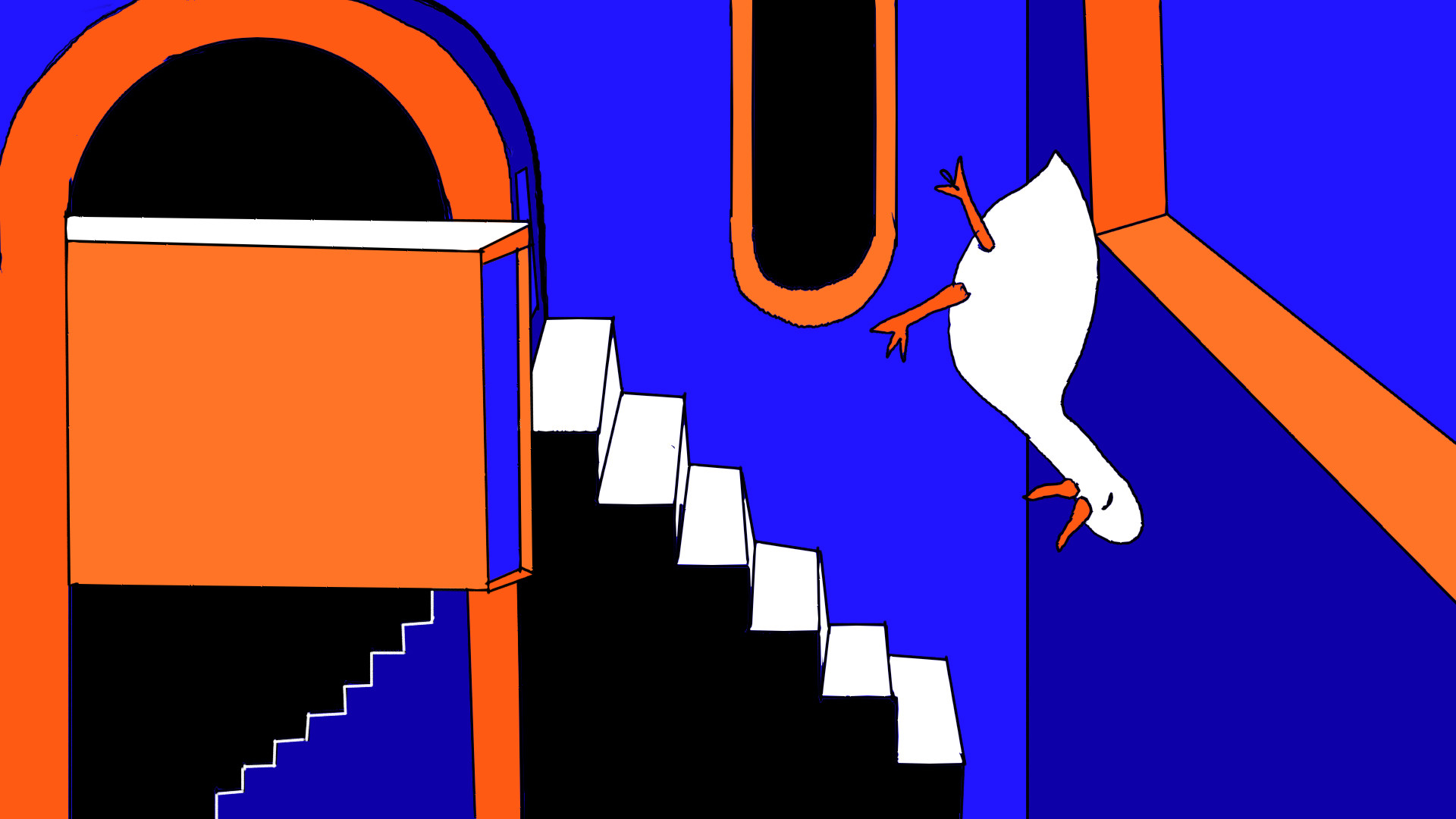 The Goose and The Common

This 2D digital hand-drawn animated video explores a judicial system that takes on the form of labyrinthine structures: The camera travels through the space in a loop and changes the perspective of the forms in space. The staircases lead back onto themselves, a Möbius strip with neither a start nor an end point. 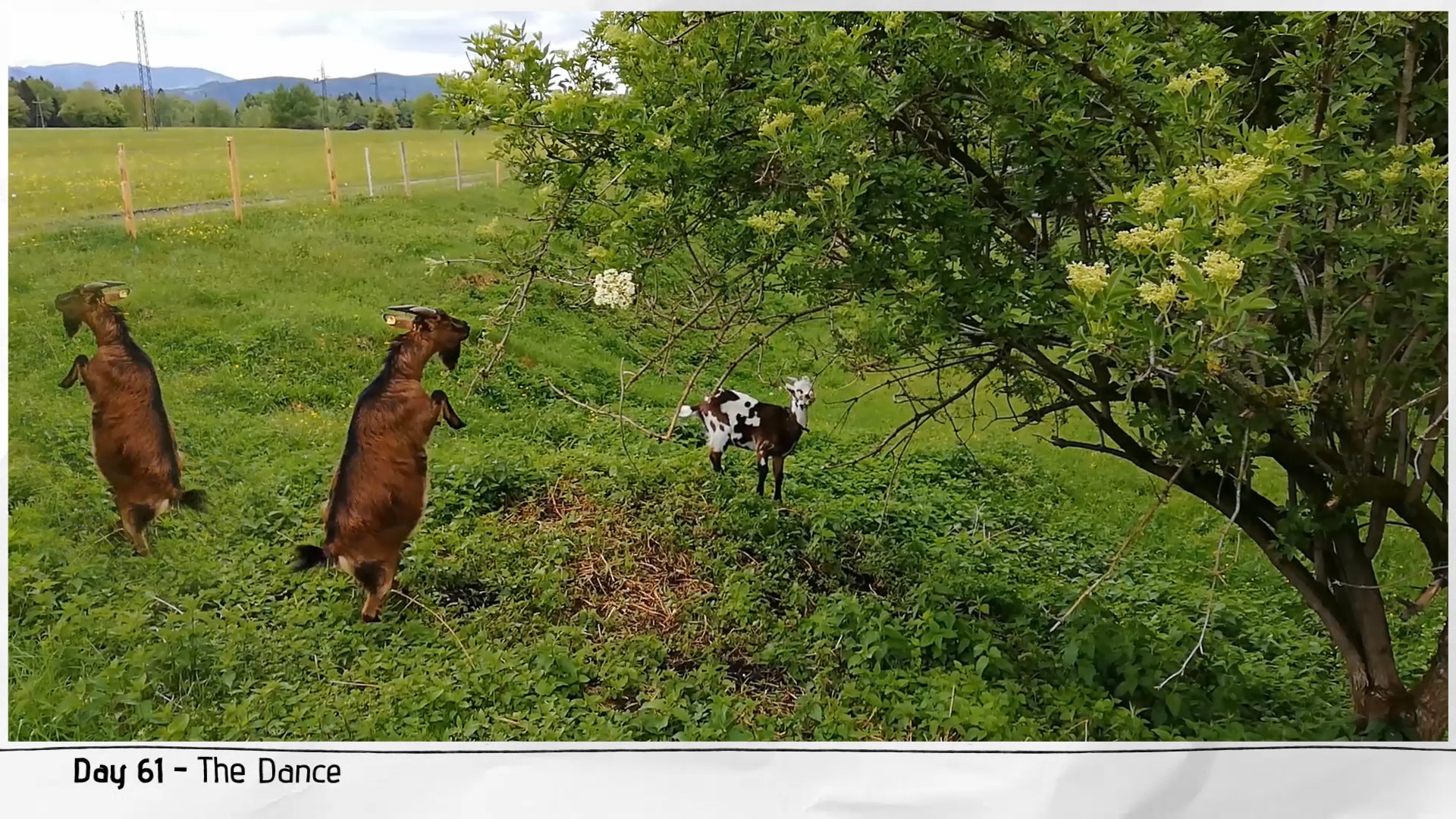 “Utopia – C” is an experimental animated short film/animated documentary about my personal hometown-observations and thoughts during lockdown in Austria:

On March 4th 2020 by incident I happened to be in my hometown Salzburg/Austria. Then things became weird and “coronoid”. So I stayed and on March 15th I decided to shut down/shut up in Salzburg to work on these personal/animated hometown coronicles, that deal with some places I grew up with but also with some of my thoughts and absurd observations between March and June 2020. 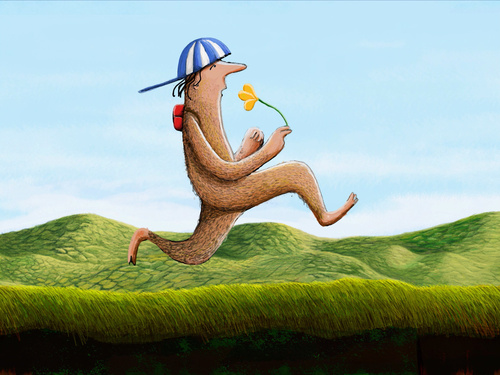 IN THE UPPER ROOM

Every season a little mole visits his blind grandfather, who lives deep underground in a comfortably decorated burrow. As the two grow older their relationship becomes more intense and important questions arise. (Synopsis)

‘In The Upper Room’ is inspired by a special moment, that I experienced with my blind grandfather, when I was a teenager.
Since we lived several hundred kilometers apart, I could visit him only every once in a while. He was a tall, impressive man who loved to tell stories about his life. The ‘Vöslauer Opa’, as I called him, had been blind for several years. He usually sat in his big armchair listening to jazzy music. For a hobby he was cracking walnuts, which he would then hand over to friends. As a child, I liked to take advantage of Grandpa’s blindness every now and then, pulling faces or silently leaving the room with some stolen nuts in my luggage, while he was talking.
Later, when I was a teenager, I once sat next to him and asked: “Grandpa, do you ever wonder what I look like? You could touch my hair, if you want!” His answer came promptly and confidently, “I know exactly how you look, Alexander!” It was by then that I realized – Grandpa
could see more than I expected.
This moment still moves me today and inspired me to develop a story around this memory. (Alexander Gratzer) 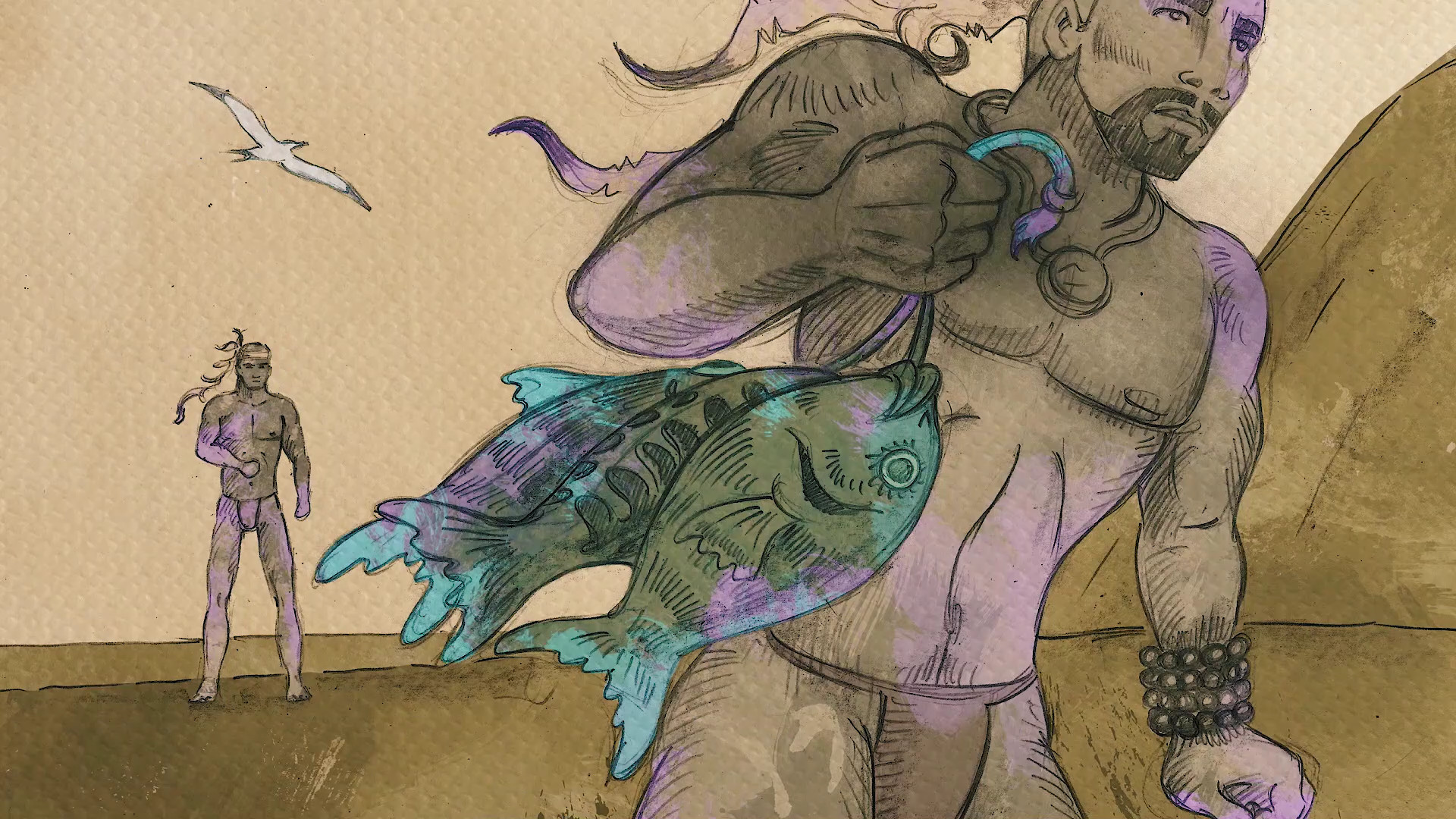 In Rapa Nui, the navel of the world, Patu tells the story of how they went haunted by his brother Heru, for the two women spirits called Vi’e Moko and Vi’e Kena. Bewitched by they have two children not quite humans, to whom the brothers they must leave to be able to recover their lives Years later Patu’s son and Heru back where they belong claiming their place.